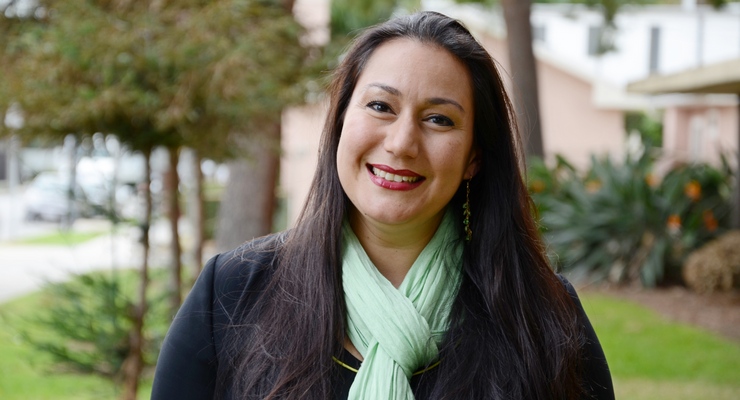 Pasadena Unified School District (PUSD) Superintendent Brian McDonald, Ed.D. has named Lori Touloumian as the principal of Eliot Arts Magnet Middle School, pending board approval. She has served as the school’s interim principal since January. The announcement was made during the school’s grand re-opening celebration and ribbon-cutting ceremony for its newly-refurbished auditorium and the naming of the student art gallery after local artist Charles White.

“With her experience in secondary schools and her commitment to providing program choices for students and families, Lori Touloumian is the ideal person to lead Eliot’s transformation into a world-class arts magnet school,” said Superintendent McDonald.

Prior to her position as interim principal of Eliot, Touloumian served as the magnet program coordinator for PUSD since 2013 where she led the management of a $7.9 million federal grant to create magnet schools at Eliot Arts Magnet, Washington STEAM Magnet Academy, Jackson STEM Dual Language Magnet and Washington Elementary STEM Magnet.

“I am thrilled to continue the wonderful work we have begun to transform Eliot Arts into a premier arts magnet in PUSD,” said Touloumian. “It is truly an honor and a pleasure to work the Eliot Arts administration, faculty, staff, parents and community.”

Touloumian has been with PUSD since 1999. Before her position as magnet program coordinator, she served as assistant principal at Pasadena High School (PHS), where she supervised student activities, student leadership groups and served as the liaison for the school’s Safe and Supportive Schools grant. Previously, she was chair and co-chair of the school’s English department from 2007-2010. She started in PUSD teaching 10th and 11th grade regular and honors English at PHS and has also been an Upward Bound instructor at Pasadena City College.