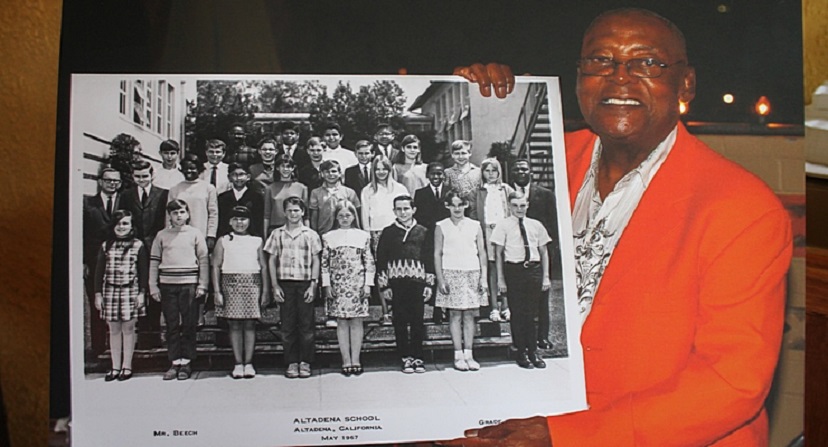 Having learned in harmony during a time of racial strife, they gathered at Mijares Restaurant last Saturday evening to thank the man who guided them in their youth and enriched their lives forever.

Dr. Mel Beech, a former sixth-grade Pasadena Unified teacher no one from his homeroom class of 1967-68 will ever forget, said he remembers that year of national social and political unrest as “a good one” for him and his students at Altadena Elementary School.

His former students clearly agree. So much so that some flew in from across the country to let him know how important he has been to them.

Alumnus Tod Dawson hatched the idea with classmate Warner Session of throwing a party for Dr. Beech by taking advantage of the class reunion at John Muir High School, saying the timing was perfect. 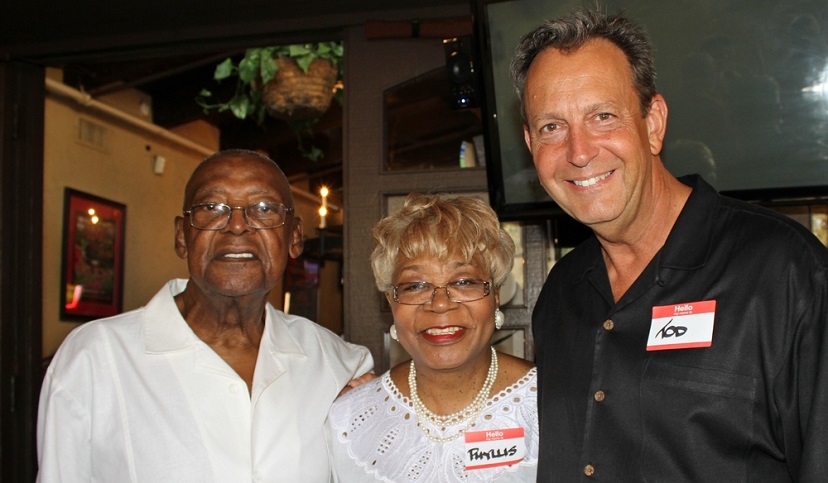 The Connecticut-based business executive explained why he made the effort: “Did you ever have that one teacher that kind of opened the blinds and lit a spark? This is that guy.” 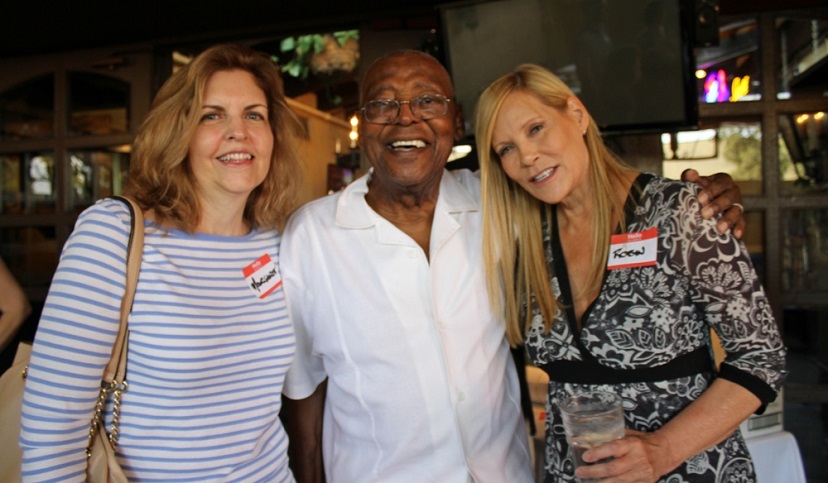 “It was great having diversity so early in my life and it set the stage for going to Muir High School,” he recalled.

In those days, the surrounding neighborhood from which Altadena Elementary drew its students was racially diverse, yet economically homogeneous.

“It was a community that sort of organically came together; black, white, Hispanic,” Session remembers. “It was a wonderful place to grow up.” Parents had a hand in Dr. Beech’s success as well.

“They prepared the children so well for the world we lived in,” said alumna Martina Brown Johnson, describing a school community where, as the lone girl of color in her class, she remembers being invited to a sleep-over and feeling so relaxed. 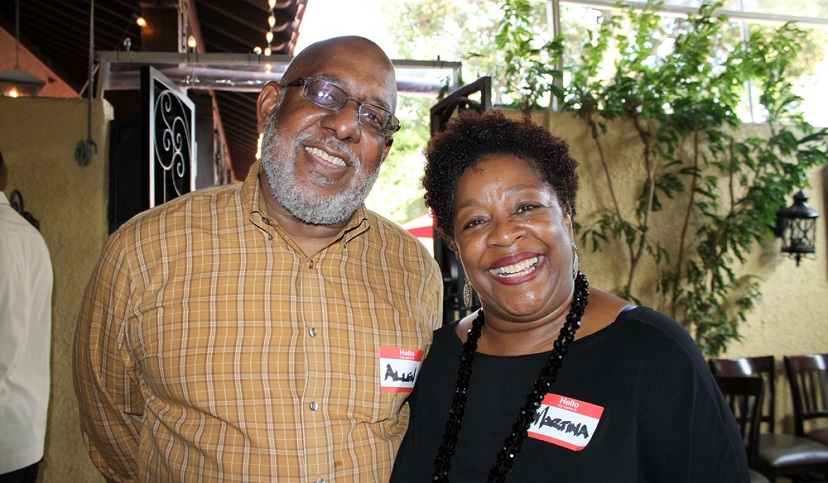 “We all accepted one another for our similarities, rather than our differences,” said Brown Johnson.

An environment of tolerance permitted a black man to work his academic magic on a class of mostly white students. 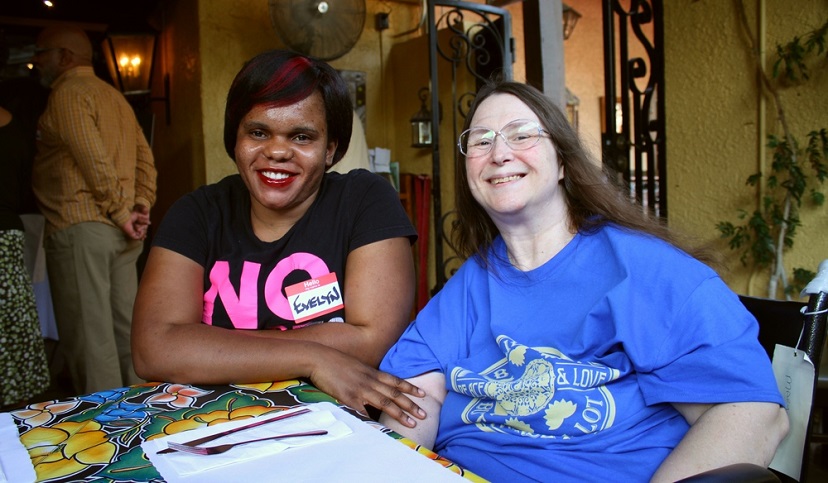 “He sparked our imagination,” said Dawson, “tapped into our curiosity, made us want to discover and learn and it was a tough time back then when we were little sixth graders. We had civil strife and racial tension [in the country].”

Said Brown Johnson, “Dr. Beech allowed me to understand that subjects like math could also be used to find the art in the world. He had me do a project combining yarn and geometry, and it was such a beautiful project at the end, that I realized liking math could be something great.” 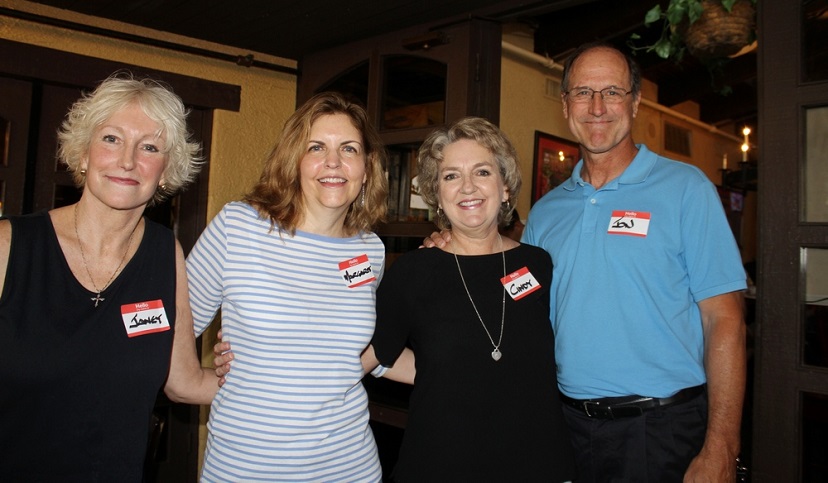 “He never made a promise he couldn’t keep and never raised our expectations without following through. I tried to keep that in mind when I became a teacher and a principal,” said Taylor.

Session, also African-American, said to have a black teacher in those days was “extraordinary. He was a kindhearted, but firm man. A disciplinarian who my mother fell in love with. We bonded and have kept track of each others paths ever since.” 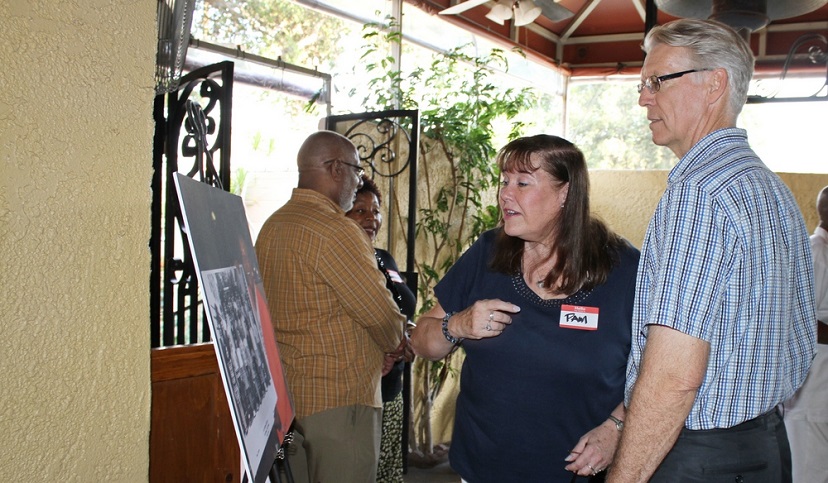 Dr. Beech’s wife, Phyllis, also the possessor of a doctoral degree, said of her husband and his students, “They have maintained a relationship and tonight is the top, because it’s the fiftieth anniversary. It means the world to him.” 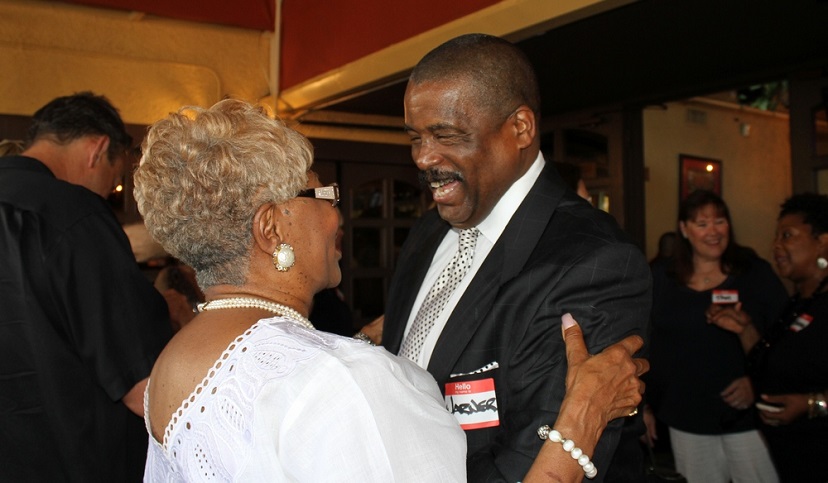 “It’s humbling to find out your sixth-grade students want to see you,” he said. “A person who used to load them up with homework and was very strict about assignments. I think I used to torture them when I played the autoharp and tried to sing.”

In Dr. Beech’s later career, he rose to become an elementary school principal and a deputy superintendent in Inglewood. He was also the head of Foothill Area Community Services, a well-known local social services agency. His career took him out of state, but he recently returned. 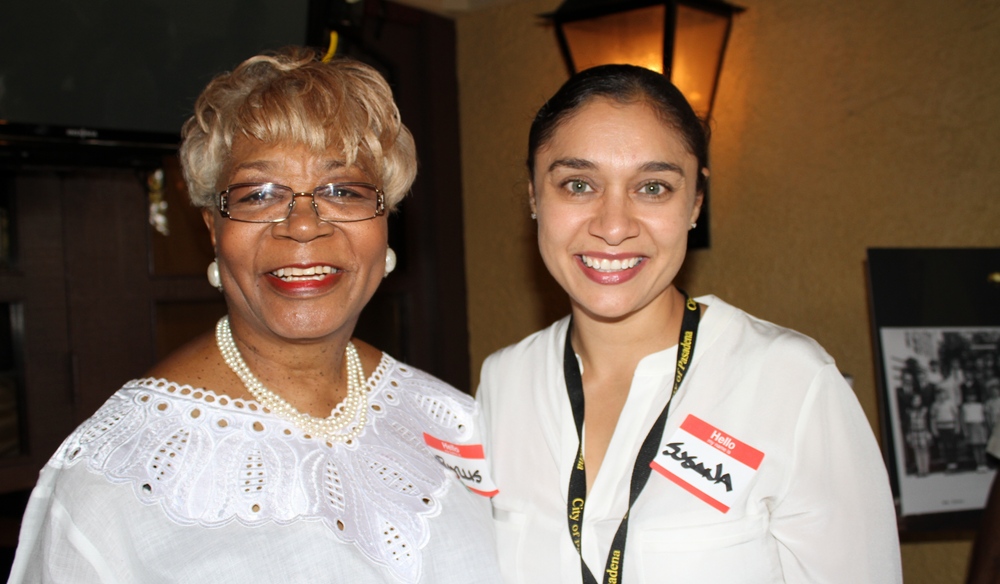 Among the accolades Dr. Beech enjoyed at his July 30 soiree were proclamations from City Councilmembers Tyron Hampton and John Kennedy, another from the City of Pasadena and one more from State Assemblyman Chris Holden.

While surely flattered, it’s clear Dr. Beech finds his joy in his students. 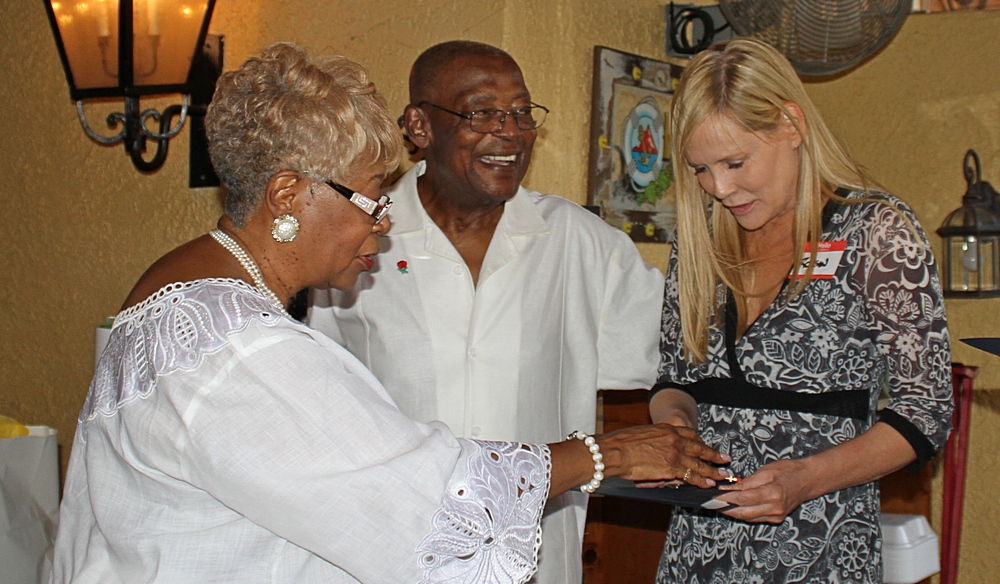 “Looking at the picture of them, and looking at the achievements that all of them have made, I’m so very proud of each and every one and I thank God for letting me be their teacher at that time,” he said during the party, beaming.