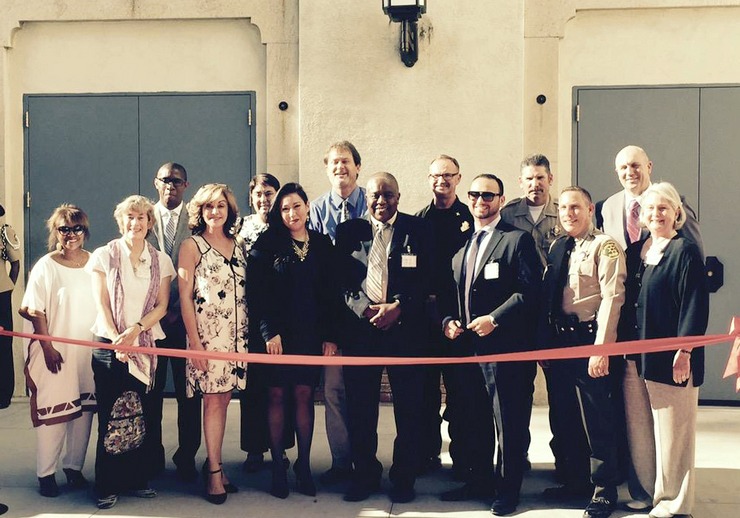 Art filled the gallery and music filled the air at Eliot’s Grand Reopening Thursday as hundreds of children with their families, school officials and other dignitaries celebrated the school’s transformation into an arts magnet with a ribbon cutting ceremony for the newly refurbished, state-of-the-art auditorium. 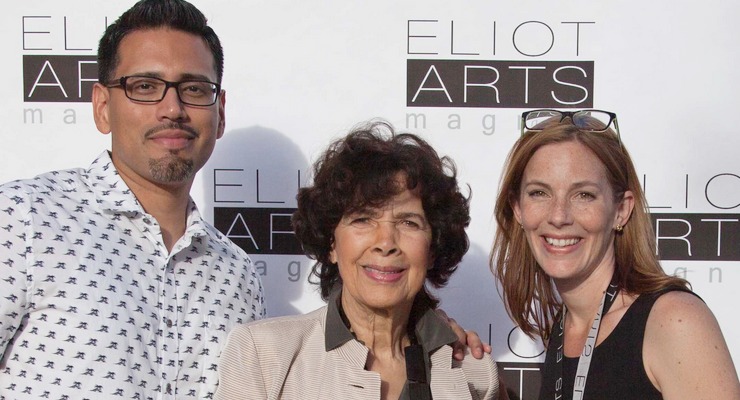 Over the past year, dedicated teachers and staff have repurposed facilities to host new art spaces, built partnerships with renowned arts organizations, and undergone intensive training in the arts.

Thanks to voter approved Measure TT, Eliot’s auditorium underwent a major modernization which was unveiled Thursday.

The auditorium is now named after Carl Roeder, an industrial arts teacher who taught at Eliot for most of his 41 years with PUSD and never missed a day of work.

Since becoming a magnet school in 2013, Eliot’s facilities and instruction have transformed to offer an innovative program that nurtures students’ academic development through the arts. Eliot students are engaged in relevant, rigorous curricula that connect real-world experiences with traditional subjects; students compose music in the new Mac lab, produce the Eliot News in the new video recording studio, and work with professional artists in residence to create original paintings.

Altadena artist Charles White (1918-1979) was honored at the event and the student art gallery was be named after him. The White family was be represented by his son, Ian White.

Charles White is considered one of the most important African-American painters of his time and is best known for his work depicting themes of social realism with stunning images of African-American people and culture. The naming of Eliot Arts Magnet’s student art gallery after Charles White connects the rich history of arts in Altadena with the works of the next generation of young artists.

The new Eliot Arts Magnet auditorium will be the largest performing arts space in Altadena and is poised to be a gathering place for the arts to entertain and inspire the Altadena community.

To quote Charles White, “A work of art was meant to belong to people, not to be a single person’s private possession. Art should take its place as one of the necessities of life, like food, clothing and shelter.”

The Huntington Library, Art Collections, and Botanical Gardens, one of Eliot’s arts partners, recently acquired a significant painting by Charles White—“Soldier,” which is on public display in its Virginia Steele Scott Galleries of American Art, along with another artwork by Charles White, “Preacher.” Eliot students have been visiting the paintings at The Huntington free of charge, connecting to the great American artist who is now honored at their school. As a leading arts partner, The Huntington also provides numerous free field trip programs and free admission programs for Eliot students, teachers and parents.