Webster’s Community Pharmacy and the Road to Small Business Success 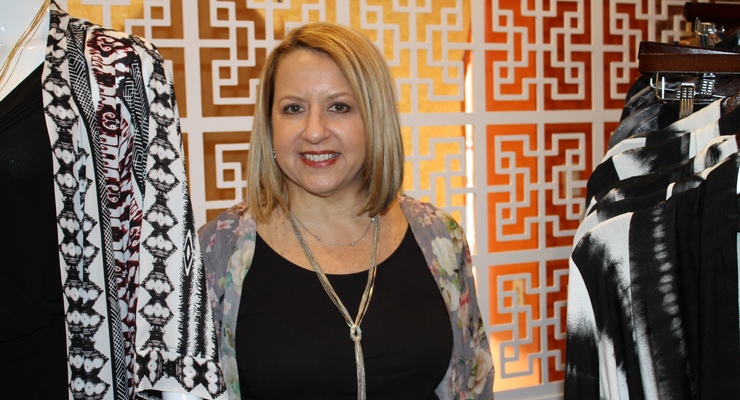 Nobody ever said running a business is easy, but many have endured the trials and tribulations that come with the territory of keeping a small business alive within a community–a feat Webster’s Community Pharmacy in Altadena has made sure of doing for nearly a century.

Owners Meredith and Michael Miller are the self-proclaimed serial entrepreneurs that took over ownership of the iconic Altadena pharmacy in 2010, bringing nearly four decades of experience to the table having previously owned various pharmacies throughout their careers that include the Fair Oaks Pharmacy in South Pasadena and Michael’s Pharmacy in the Green Street Village area of Pasadena.

In celebration of the National Small Business Week taking place April 30 to May 6, Webster’s offers a story worth telling of how to keep the spark alive, the doors open and customers happy in communities across the country in which small businesses account for 99 percent of all businesses in the the U.S. 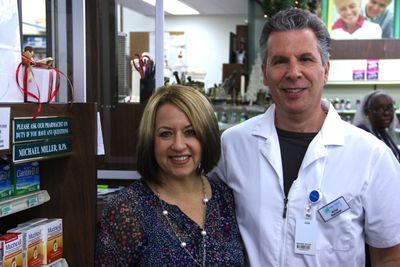 “Small businesses have to have contact with their customers, know people’s names, acknowledge them and have to be a baseline of gratitude for everybody who walks through the door these days because it’s tough out there. The more you engage with the community the better it is for everybody,” explained Meredith Miller, Co-owner of Webster’s Community Pharmacy.

Frank Webster established the pharmacy in 1926 with a vision to provide Altadena with items and services that, until then, were not readily available nearby such as soda fountains, liquor, cosmetics and photograph supplies to name a few.

The pharmacy would go on transform and implement new goods and services over the decades, including ownership, until the Millers took a chance and purchased the once thriving company in that generations of Altadenans came to know and love.

“When we took it over it wasn’t doing very well. It was challenged and I think that’s something that happens with a long time family business. It was struggling,” said Miller who purchased Webster’s in 2010.

“When we took it over we came in really with the goal of revitalizing Webster’s because we understood how important it is to have a business that’s been alive for several decades. There’s very few small businesses that are around that long,” said Miller.

In keeping true to their vision of preserving the legacy of the pharmacy, the Millers had to figure out a way to reinvent aspects of the business that made it the special community center it was for decades.

Engaging the community through the transition of ownership was the first priority on their list.

“We let our customers know every step of the way what we were doing and how we were doing it,” explained Miller about rebranding efforts that largely included adding the word Community to the name.

According to Miller, being a business owner means updating whenever and however possible and this usually means befriending technology–something that Miller says was the biggest challenge when she took over ownership of Webster’s seven years ago.

Despite Miller’s former career working in advertising for big firms in New York and LA, social media was entirely new and entirely necessary for her new endeavor.

“We are in a whole different world now. I had to have a heart-to-heart talk with myself before we signed the paperwork saying, ‘Meredith, you are going to have to learn how to do this or don’t do it at all’. You have to be able to embrace whatever’s happening and take it on,” said Miller.

About 70 percent of Webster’s communication to customers occurs on social media today, according to Miller.

“We have a very active social media presence and it’s paying off all the time,” said Miller.
“You cannot just sit back and wait for people, especially in our community that is not a big walking community,” explained Miller.

Visual merchandising is key player for Webster’s method of advertising within the community thanks to social media videos and promotions that can be created and uploaded around the clock.

“Customers get excited to come into the store and they look forward to what we are going to do next. My philosophy is that owning a business really is theater–you draw the curtain when you open your doors and you go out and you do your thing,” explained Miller.
Miller knew from past experience as a veteran business owner that such an undertaking requires the help from others and that everything cannot and should not be handled alone.

“What I didn’t know, I hired out. As an entrepreneur you can’t expect to know how to do everything yourself so I knew I had to budget to have the people come in that knew how to do certain things for me,” explained Miller who hired personnel to help with making Webster’s a digital entity from starting social media accounts to customer service outreach.

“The more you can offer, the better you do if it all makes sense to what you’re doing,” explained Miller.

There is even a robot that works full time at Webster’s that uses hi tech components to double check prescriptions to ensure safety and efficiency all around.

The company even implemented a mobile app to give customer real time updates with their prescription orders and more.

“Things really are changing in so many ways and we just make sure we are keeping fresh eyes and perspective so we can better serve our customers and keep them coming back. My vision has always been to keep Webster’s as a sort of general store where we have pretty much anything someone needs that lives nearby,” said Miller.

Being a successful small business owner requires more from the owner(s) than only showing up, conducting business, and going home, according to Miller.

“It’s really about being a part of a community. I always feel that I want to contribute my take on what’s important to the community through my business,” added Miller.

Miller has made her presence known in Altadena since owning Webster’s having served on the Altadena Chamber of Commerce Board for seven years and recently being appointed as Vice President.

Staying involved and extending her network within the community helps to create a healthy and collaborative business environment, according to Miller who has lead the way for providing support and instruction for digital marketing and social media help–a skill that was once foreign to her and one she has now perfected.

“It’s smart to get involved with things that are going on in Altadena because that’s who you’re dealing with and working with all day long and those are your customers. The more I understand where they are coming from and what their desires, interests needs are, then the better my business is potentially going to go,” said Miller.

In 2014, Miller opened Meredith M, a “trend friendly fashion” clothing store to better serve the women population of Altadena and making it the only store of its kind in the community.

Owning a small business is not for everyone though, according to Miller, who says that doing what you love should be driven by passion and knowledge and those are two things she started with and continues to grow everyday Webster’s opens it doors.

“Being a business owner is something that’s in my blood,” said Miller.

Every year since 1963, the President of the United States has issued a proclamation announcing National Small Business Week, which recognizes the critical contributions of America’s entrepreneurs and small business owners.

More than half of Americans either own or work for a small business, and they create about two out of every three new jobs in the U.S. each year.

As part of National Small Business Week, the U.S. Small Business Administration takes the opportunity to highlight the impact of outstanding entrepreneurs, small business owners, and others from all 50 states and U.S. territories.