Altadena Gets a New Market Thursday, and Its Owners Promise Products Will Be ‘NOSH’ 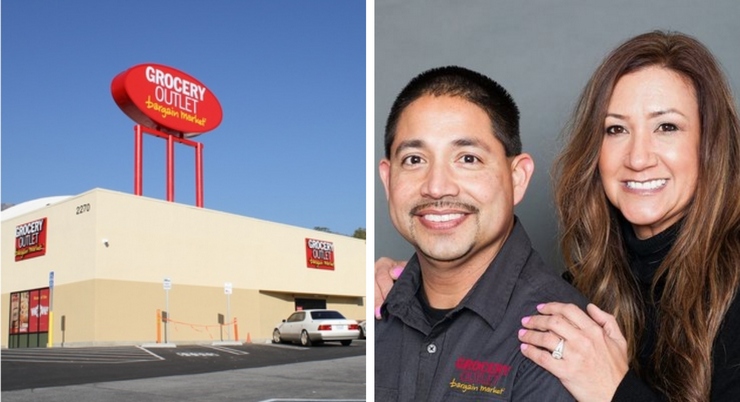 [Updated] A new grocery store is opening its doors to area residents Thursday, December 13, with the first 200 customers getting gift cards valued at anywhere from $5 to $200 and free reusable grocery bags.

At the same time, the store will donate the equivalent of what customers save for the first hour of Opening Day sales to the Education Committee of the Altadena Town Council, the owners said.

Grocery Outlet Bargain Market, located at 2270 Lake Avenue in Altadena, will open at 9 a.m. Thursday. Before the grand opening, the owners, Mario and Michell Guajardo, are hosting a Preview Night Wednesday, December 12, from 5 to 7:30 p.m., at the store.

Mario said they decided to invest in Altadena because they believe area residents are looking for healthier, more organic alternatives.

“Everyone’s asking for that organic… that healthy brand, and that’s what we’re going to open up with, heavier than most other stores would,” Guajardo said.

Guajardo and his wife were both store managers for Walmart before they decided to open this store of their own. He says it was a situation where, although they worked with the same company, they didn’t see much of each other and they wanted to change that.

When the couple saw the concept of independent family-operated stores offered by Grocery Outlet, the Guajardos grabbed the opportunity.

“When we first came over to Grocery Outlet, we were looking for a store in a good community somewhere where we can obviously grow our roots in coming from the Riverside Inland Empire,” Guajardo said. “We’ve lived in Beaumont for 15 years plus, but if we found another location just felt like a home somewhere that we could start a business and work in it together, we could move over and run our own business and see each other more  – versus hardly seeing each other.”

Grocery Outlet started in 1946 when Jim Read opened a store called Cannery Sales in San Francisco that sold government surplus food products. Throughout the 70s and with Read passing away in 1982, his sons Peter and Steven ran the company, eventually changing the name to Grocery Outlet in 1987.

In 2009, the company introduced the Grocery Outlet Bargain Market format, reflecting its evolution into a neighborhood market, with great values on fresh foods like produce and meat, as well as extreme values on quality, name brand goods.

As to how Grocery Outlet Bargain Market in Altadena would be different,

Guajardo says most of their products will be “NOSH.” The acronym stands stands for natural, organic, specialty and healthy.

A store staff member said they will have over 4000 items of which roughly 500 are NOSH when the store opens.

The other thing that would keep the store apart is the promise of “huge savings” on quality brands in the store. Ordering from a company-wide order guide makes it possible for Grocery Outlet stores – such as the Guajardos’ – to offer up to 40 to 70 percent savings on popular brands.

At about 11 a.m. on opening day, the owners will present their donation to the Altadena Town Council Education Committee, in support of the Altadena Arts Magnet PTA and Eliot Arts PTA.

Grocery Outlet now has over 300 locations in California, Idaho, Nevada, Oregon, Pennsylvania and Washington, according to the company website. Their stores, run by independent owner-operators in the local community, carry a full range of products, from fresh produce, meats, deli and dairy to a wide assortment of natural and organic choices. They also offer a large selection of beer and wine, health and beauty care, as well as seasonal items.