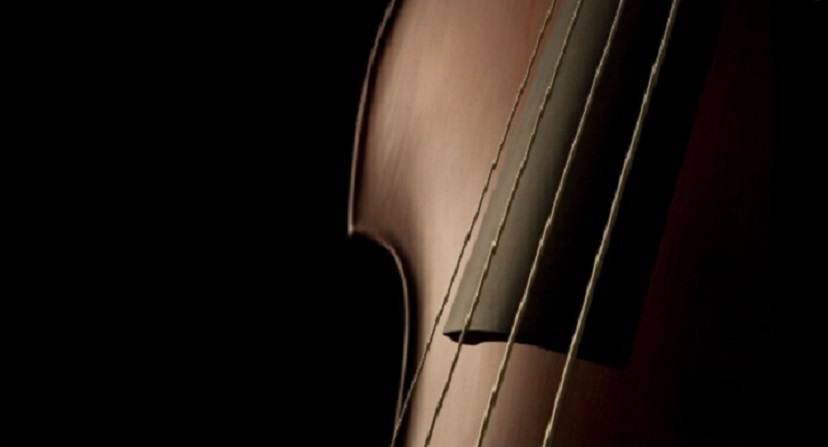 The Mt Lowe Chamber Players will present Beethoven’s “Septet in Eb Major, Op. 20” and piano music of Debussy from his Preludes “Girl with the Flaxen Hair” and “General Lavine – eccentric”

Sunday, November 17, 2019 at 3:00 p.m. in a benefit concert at a private Altadena residence. Seats are $100 and are limited. Reservations will be accepted on a first come, first served basis. Please contact Monica Hubbard at monica@mjhubbard.com to request a reservation form.

This benefit concert will enable Mt. Lowe Chamber Players to present free concerts of chamber music in Altadena, performed by Altadena musicians. Altadena is home to a host of professional musicians who make their livings playing in the orchestras, opera companies, and recording studios of Los Angeles. The November benefit concert is an opportunity to hear musicians of Mt. Lowe Chamber Players before their first season begins, and to support them in presenting free local concerts for the community.

Dmitri Bovaird (viola) has been an active violist in the LA Opera Orchestra since 1998. He is also a freelance violist. Mr. Bovaird’s current passions (in addition to playing the viola) include sharing his life with his wife Maggie, kayaking on very flat water, and hiking the hills of Southern California. To offset the stressful conditions of his job, Mr. Bovaird has gotten into working on old cars and farm machinery, helping friends in need and enjoying a good microbrew IPA with like-minded beer lovers. He performs on a 1986 G. Michael Fischer viola.

Drew Dembowski (bass) A native Angelino, Drew has served as Principal Bass of the Santa Barbara, Ventura and Pacific Symphonies and since 1975 has been a member of the Pasadena Symphony. He has recorded over 1800 motion picture soundtracks with such illustrious composers such as John Williams, Jerry Goldsmith, Henry Mancini, Elmer Bernstein, Danny Elfman and the late James Horner. An avid cyclist, he also skis with passion and paraglides when time permits.

Maggie Edmondson (cello) is a member of the Long Beach Symphony and has served as Artistic Director of their chamber music series. She plays regularly with Music Center Dance, Los Angeles Master Chorale, Pasadena Symphony, Los Angeles Opera Orchestra, and Sierra Summer Festival. Maggie was also resident cellist with Southwest Chamber Music. Long devoted to developing young musicians and a true believer in the immense value of music education, Maggie was a co-founder of Renaissance Arts Academy, a performing arts focused charter school, winner of the Los Angeles Music Center Bravo Award in 2010 for the string program. Maggie has also had a busy and fulfilling private cello studio for over 30 years. When not immersed in her musical life, she can be found in the garden of her Altadena farmstead with her violist husband Dmitri Bovaird and their flock of happy, busy, opinionated chickens.

Antoinette Krueger Perry (piano) has appeared throughout the U.S., Europe and China as a soloist and chamber musician, collaborating with many the world’s greatest musicians. Artist-faculty Emeritus at the Aspen Music Festival and School, she performed in over 100 festival concerts during her 25-year tenure there. As a pedagogue Ms. Perry served on the UCLA piano faculty for 14 years and has been teaching at USC’s Thornton School of Music since 1996. Many of her former students are enjoying successful international careers.

Phoebe Ray (bassoon) plays bassoon with the Wilder Trio, Trimotif Ensemble, and Burbank Philharmonic and plays Brazilian choro and jazz in a variety of groups. In the past, she has held positions with the Pasadena Pops, Pacific Symphony, Long Beach Opera, Long Beach Municipal Band, American Ballet and Joffrey Ballet Orchestras, Columbus Symphony, and Rochester Philharmonic.

John Steinmetz (host) teaches bassoon and chamber music at UCLA. His compositions appear on sixteen CDs by various artists. Before retiring from performing, he played concerts and soundtracks all over southern California. John has hosted concerts for the Los Angeles Chamber Orchestra, Oregon Bach Festival, Pacific Classical Winds, and XTET. Naxos Records publishes his pamphlet, “How to Enjoy a Live Concert.”

Irina Voloshina (violin) was born in the Ukraine and studied violin at the Odessa Music School by Stolyarsky, which brought to the world some of the greatest violin masters, such as Nathan Milstein and David Oistrakh. Since moving to Southern California in 1993, Irina has appeared in various recitals and chamber music groups and orchestras such as Los Angeles and Santa Barbara Chamber orchestra, Los Angeles Opera and Hollywood Bowl Orchestra, is currently the Assistant Concertmaster and Acting Concertmaster and Assistant of the California Philharmonic, Pasadena Symphony and Pops, Santa Barbara Choral Society, and was part of the  LA Opera orchestra winning two Grammys for “Ghosts of Versailles” by John Corigliano. Irina has been the featured soloist with local orchestras performing Bruch, Khachaturian, Mozart, Schostakovich and Sibelius violin concertos. Throughout her career Irina has recorded for over 500 film scores and worked with composers such as John Williams, James Newton Howard, Jerry Goldsmith, Alan Silvestri, James Horner, and Hans Zimmer on Star Wars, Rogue One, Pirates of Caribbean, Coco and Kobe Bryant’s “Dear Basketball” just to name a few. Irina lives in Altadena and is playing on a violin made by Enrico Rocca in 1892.

The Mt Lowe Chamber Players will present a series of free chamber music concerts at the Altadena Library on Sunday afternoons at 3 pm and include a food and beverage reception.