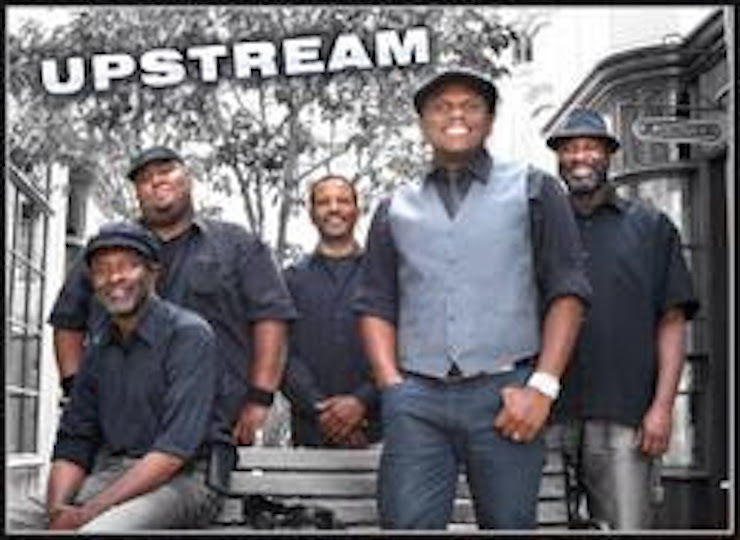 Sheriff’s Support Group of Altadena presents Concerts in the Park. Upstream, Reggae Band will be performing Saturday August 8, 2015 at 7:00pm. Join us for the FREE concert at Farnsworth Park, located at 586 Mount Curve Ave., Altadena 91001.

Welcome to the Upstream experience!

Upstream has been spreading their message of love and positivity through their exhilarating Caribbean Music, namely, Reggae, Calypso, Soca and Steel Drum Music, for quite some time now.

Through the years they have mesmerized audiences throughout the world and brought many to kneel at their alter of ultimate enjoyment. With a multi-talented line up of some of the most experienced and enlightened musicians in their camp, they continue to spread joy to an unsuspecting public.

Bandleader and Lead Singer/Guitarist “Haile Blackman” is originally from The Republic of Trinidad & Tobago and the Son of the Legendary Creator of Soca Music, the late Ras Shorty I. Steel Drum Extraordinaire “Derek Brewstafari” is also a Trinidad and Tobago native and will tug at your heartstrings with his melodic Steel Drum tones.

You will not want to miss their exciting live concerts coming soon to a venue near you! A great time is guaranteed to be had by all! Do you really want to party? Upstream invites you to come do the West Indian boogie, to their intriguing selection of exciting Reggae, Calypso, Soca, and Steel Pan music. Come join the experience!