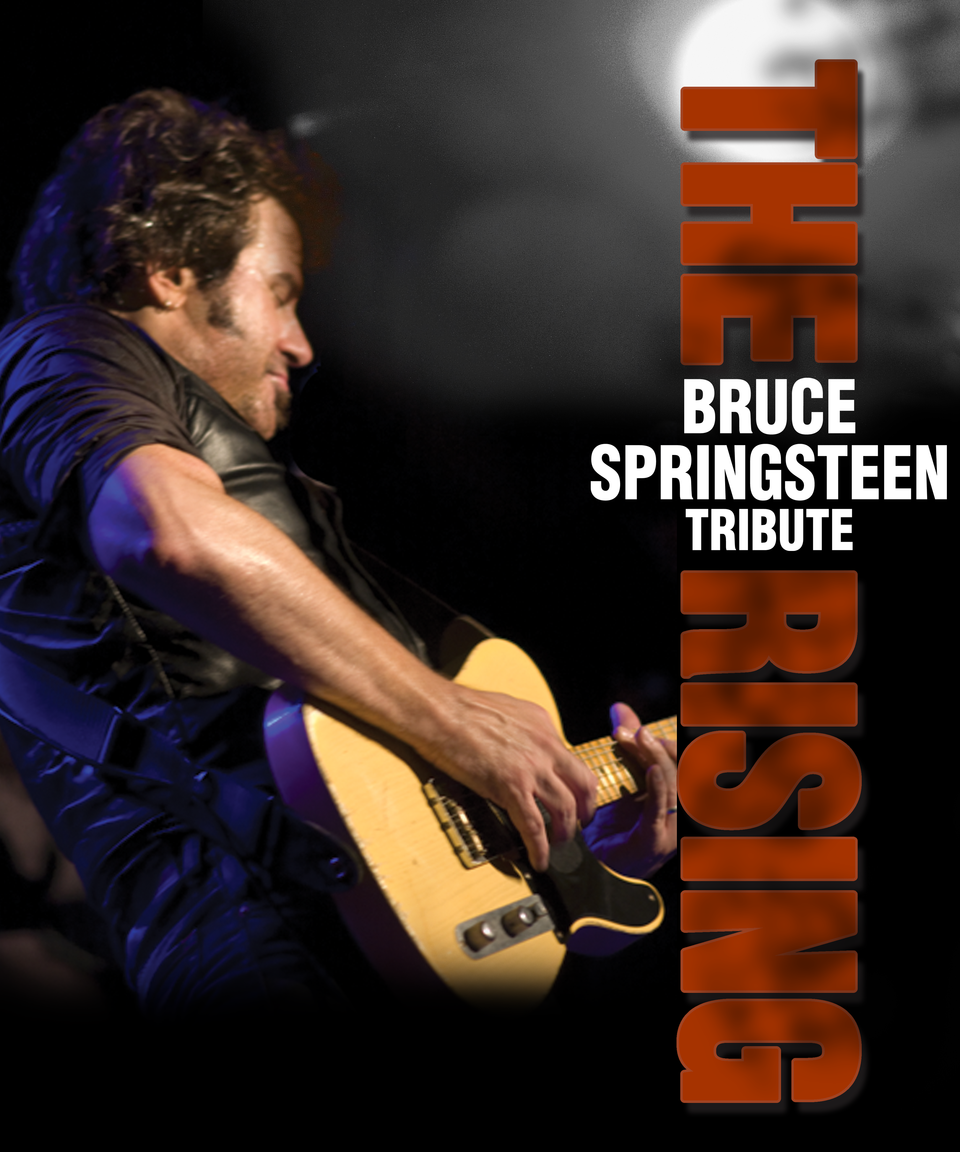 The Rising Bruce Springsteen Tribute Band is performing a free concert at Farnsworth Park Saturday September 10 at 7:00 p.m. Farnsworth Park is located at the top of Lake Avenue at 568 E. Mount Curve Ave. As the lights go down, and seven silhouettes take the stage to calls of “Bruuuuce”; when the stage ignites in light and sound and you are swept up in one of the undeniable hit songs from one of rock’s greatest artist; you will witness the embodiment of Bruce Springsteen & The E Street Band, and the “spiritual healing”, that can only be supplied by a great rock n roll band, and that band is The Rising.

The Rising is a brotherhood of friends, some with ties that date back nearly two decades. Much like Bruce Springsteen & the E Street Band, they take the stage more like a gang, than a band. They collectively roll up their sleeves and go to work, night, after night. They were all cut from the worn denim of blue collar towns, and paid musical dues playing dive bars, and juke joints, prior to having very successful music careers as touring and recording artists. Fronted by Tom Vitorino, as hard a working performer as The Boss, accompanied by his 6’7” on stage foil Bobby Holley as the late, great Clarence “Big Man” Clemons, you will take a double take, with your eyes and your ears. Fully backed by a house-rocking band, that just so happens to have some of the best touring/session musicians in the business bringing the thunder night and night, The Rising, is the only thing that is the next best thing to the Boss & The E Street Band! With a touring history that includes everything from weddings where the bride jumped up and played saxophone, to the honor of playing for the military at even some of the more remote bases in Afghanistan, and Iraq; in the last 12 years The Rising has been there, and there too! “Every night, be it a sold out theater, or some super-fan’s 40th birthday party, we play every note like it is our last”, stated Vitorino, continuing: “Springsteen fans know every word, they sing every saxophone line, many have seen Bruce 100 times or more, so when they come to see us, we do our utmost to let them have a live concert experience, that is not a recreation, but an organic event. Just like the original, we come out every night, and try to make a connection with the crowd, they are why we came. We work every night to have some sense of communion with our audience, which really is Bruce’s audience.”

Doing justice to a legendary artist who is not just still living, but still touring and creating, and releasing new chart topping records makes for no easy task. The Rising takes to this responsibility head on, and on any given night you can witness a four hour performance that will span the 5 decades of Bruce’s music. Every note is played with the intent to capture the heart, faith, and spirit of the might E Street Band. You will hear the hours of attention paid to getting it to sound just right, not to tight, not too loose, equal parts bar band, gospel choir, and tight wire act. The attention to detail continues on even to the choice of instruments, amplification, drums, piano and organ, and the thick wall of sound they produce is unmatched by anything but the real thing. It would be easier to kind of, sort of care, or take a bunch of short cuts, and pretend you are respecting an artist, and more importantly their fans.

The Rising does not pretend. Their passion is real. Their talent is real. Their blood, sweat, and tears are real. There are no pre-recorded tracks, or pretend playing. There is no make-up, or make believe voices. The band uses all of its collective power to hold true to the artistic vision, to both honor the artist, and the fans. Performing songs spanning the nearly five decades of Bruce Springsteen’s catalogue; from “Greetings From Asbury Park” through Springsteen’s newest releases, they deliver each song with the same power, heart, and soul as Bruce Springsteen & The E Street Band. C’mon up to The Rising – the “House-Rocking” “Earth -Shaking”, “Heart-Stopping”, tribute to Bruce Springsteen & The E Street Band. As far as a blurb on the band: The Rising – Bruce Springsteen Tribute performs classic hits and sing along anthems from Bruce’s storied career. The energy, the passion, the talent, and the look is all there in this truly amazing seven piece band. From longtime Springsteen fans to those just discovering this great American artist, you’re in for some great music and a truly high energy performance.