Calling all local history buffs! Here’s a chance to take a sentimental stroll down memory lane this coming Monday night, April 27,  at 7:30 p.m. at the Altadena Community Center, 730 E. Altadena Drive. You’ll see rare images of Altadena in the 1940s and hear a personal memory of what it was like to grow up here.

The speaker will be Richard Bale, 83, moved to Altadena with his mother and sister in 1939. He attended Altadena Elementary, Eliot Junior High and John Muir High School before being drafted into the Korean War in 1951.

Bale remembers that it wasn’t uncommon to see horses and cows pastured on the west side of Altadena, and chickens and pigs in people’s yards. Some remaining orange groves stretched for blocks. 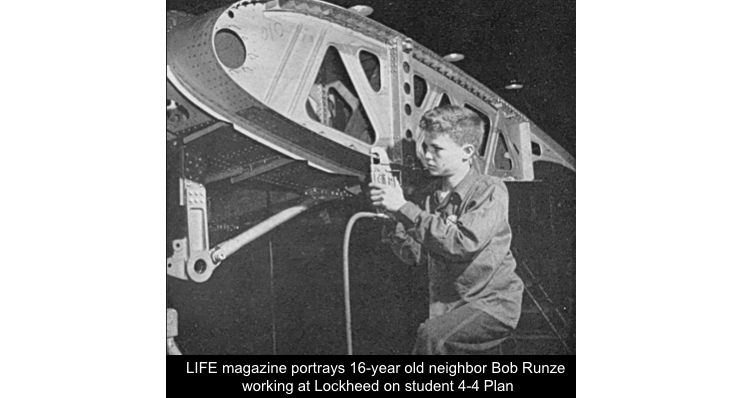 He also remembers a few small factories that helped supply America’s World War II effort, including a home that had been turned into a machine shop that spit out precision parts for Lockheed 24 hours a day.

The meeting is free and open to the public.

Celebrating its 80th anniversary, Altadena Historical Society has extensive archives of local history in the Altadena Community Center and is open 9 a.m. to 1 p.m. Mondays, Tuesdays, Fridays and by appointment. The Society can be reached at (626) 797-8016.