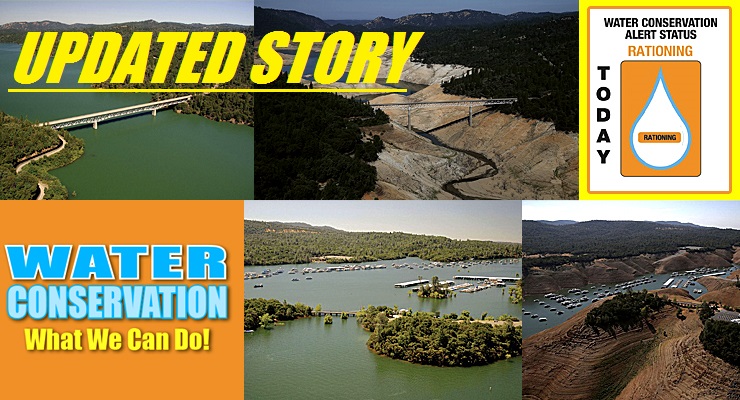 A special Foothill Municipal Water District Board Meeting Tuesday night at 6 p.m. is expected to include public comments and discussion of emergency drought water conservation regulations.

SEE THE PRESENTATION THAT WILL BE SHOWN TUESDAY NIGHT: Click Foothill Presentation

Observers anticipate plenty of public input, noting that the agency is holding their meeting at the La Cañada Presbyterian Church, rather than at their regular meeting location on Hampton Road, an indication that they expect significant public attendance, input and comment.

Foothill Municipal Water District General Manager Nina Jazmaderian said the format will be more of a public forum, rather than a board meeting.

“The special meeting is a workshop intended to inform the public regarding the hydrology, water supplies, the State’s draft emergency regulations, Foothill’s retail agency conservation plans and steps consumers can take to conserve,” said Jazmaderian. “The President of the District’s Board, Richard Atwater and the General Manager of Metropolitan Water District, Jeff Kightlinger will be speaking along with myself.”

“We also converted our signage to orange from yellow, which is a method of outreach to our customers,” she said.

Jazmaderian explained the draft emergency drought regulations are the State’s actions.  The website where these can be found is:  www.waterboards.ca.gov/waterrights/water_issues/programs/drought/emergency_mandatory_regulations.shtml

The State Board is to have a hearing to consider adoption of the regulations on May 5 or 6, 2015.

Some State Board regulations are already in place — such as no irrigation during and 48 hours after a measurable rain event, and no water served to customers at restaurants except upon request.

The regulations will affect all cities and unincorporated areas in the State.

“It should be a very interesting meeting,” says one Altadena resident who watches local water matters.

The meeting is scheduled for 6 to 8 p.m. at La Cañada Presbyterian Church, 626 Foothill Boulevard, in La Cañada Flintridge, in Fellowship Hall (around back). No RSVP is needed.