Water savings for the Foothill Municipal Water District service area ended at 25% for the month of January 2016, which improved from the 20% savings achieved in December 2015. FMWD supplies water to three major Altadena water companies.

The State is using calendar year 2013 as the benchmark for measuring water savings for water agencies throughout California. Compliance with the mandate is determined on a cumulative basis starting with June 1, 2015. Cumulative water savings for the District since the State-mandated reductions began is 29%.

As with other water providers in the State, some local agencies did not meet their State-mandated targets for the month of January. However on a cumulative basis, which accounts for all water savings achieved from June 2015 to December 2015, most agencies are on track in compliance. Below are the numbers for agencies within the FMWD service area:

*The State allows smaller agencies to choose between two days a week watering or 25% reduction.

“During the winter months, it is harder to conserve when there has historically been a drop in irrigation. Taking steps to conserve indoors, such as washing full loads of laundry and dishes will help meet the State-mandated targets,” stated FMWD General Manager Nina Jazmadarian. 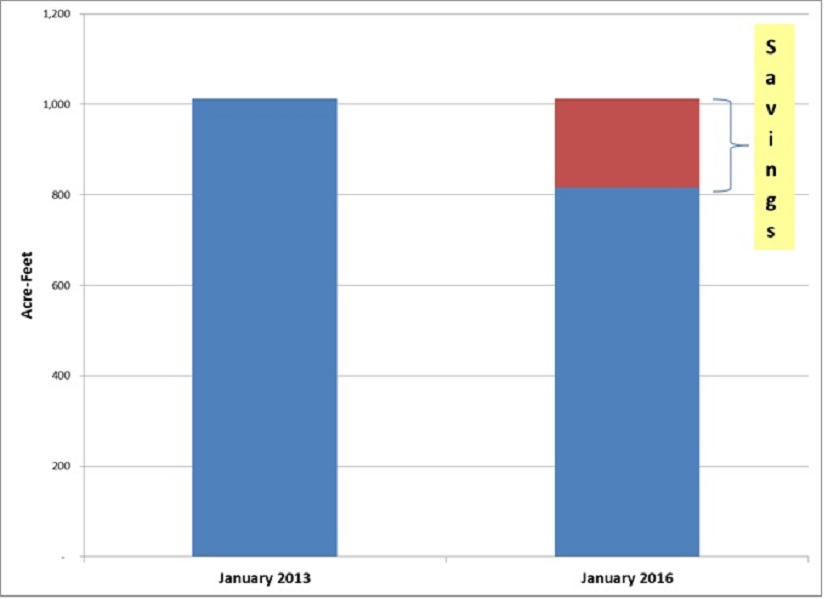