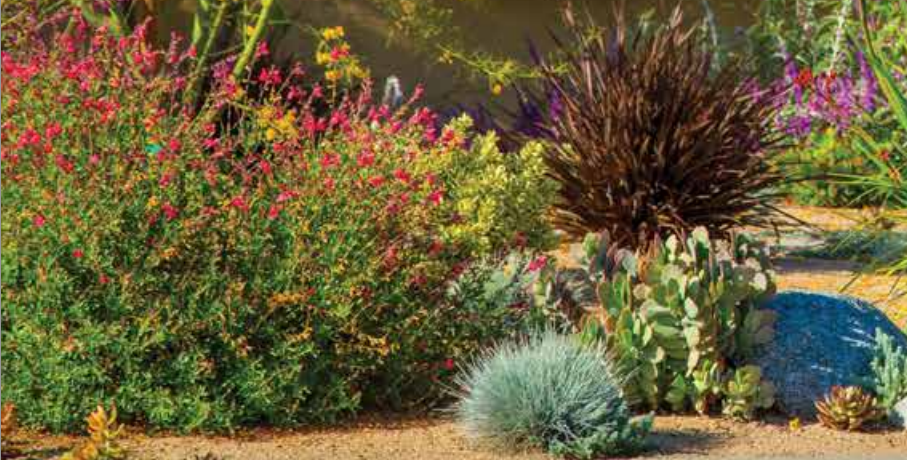 Facing unprecedented public demand for incentives to transform the region’s landscapes, the Metropolitan Water District of Southern California announced today it will be closing its turf rebate program to new applications later this week because available funding has been fully allocated.

Metropolitan’s $450 million conservation program, the largest of its kind in the nation, will focus remaining available funds on rebates for water-saving devices and a multi-media outreach campaign to promote greater water conservation in homes, gardens and communities throughout the Southland. The district will also maintain a waiting list of interested turf rebate applicants in the event that some of the approved projects do not move forward with their planned landscape changes.

“We knew that the popularity of the turf program would exhaust the available funds at some point, but even we didn’t predict just how popular turf rebates would become,” said Metropolitan General Manager Jeffrey Kightlinger. “Metropolitan is proud to have accelerated the movement by hundreds of thousands of Southern Californians to embrace a new outdoor aesthetic and lock in water savings permanently.”

Last December, Metropolitan’s board increased the conservation budget from $40 million to $100 million to keep pace with the extraordinary public demand. Facing a 20-fold increase in water-saving rebate requests, stoked primarily by turf removal reservations and Gov. Jerry Brown’s April 1 executive order to reduce statewide residential water use by 25 percent, Metropolitan’s board in May increased the budget by an additional $350 million for a total investment of $450 million.

In addition to the budget increase, the board modified the turf removal program so that funds could reach as many residents, businesses and government agencies as possible.

These actions spurred unparalleled interest in turf removal as the historic dry spell worsened.  Kightlinger noted that the board’s May action anticipated turf removal funds would be spent at some point this year.

As a result of extremely high interest throughout Southern California, all funds have been allocated for either completed projects or for those with approved work plans. He noted that rebates are still available for water-saving devices such as high efficiency clothes washers, toilets, weather-based irrigation controllers and rotating sprinkler nozzles.

Metropolitan estimates that the program will fund removal of over 150 million square feet of turf, more than three times the statewide goal set by Governor Brown to respond to drought conditions and promote more drought-tolerant landscaping.

“We truly believe this campaign helped push the tipping point to shift the cultural norm away from lawns and toward California Friendly® landscapes that embrace the region’s Mediterranean climate,” added Kightlinger. “This rebate program was intended to stimulate interest in turf removal to the point that government incentives were not necessary for the long term.”

The campaign encourages all Southland residents to take their turn at lowering water use Metropolitan staff will be presenting a comprehensive update on the rebate programs at the district’s next scheduled committee and board meetings July 13-14.