Delgado Brothers play the blues away 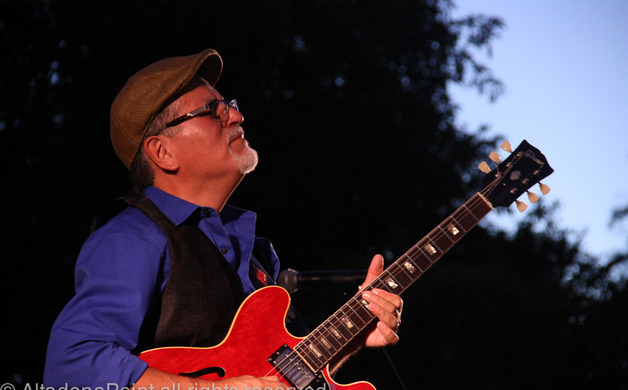 Blistering guitar work by Joe Delgado was a highlight of the Delgado Brothers concert at Farnsworth Park, Aug. 16 2014

The Delgado Brothers (and occasional special guest) played their hearts out Saturday night Aug. 16, at the Sheriff Support Group’s summer concert at Farnsworth Park.The solid musicianship and heartfelt songs, many original, made it an evening to remember and dance to.Next week: The MIGHTY Burnt Bacon band.

Who says there’s nothing to do during the dog days?
Read More »
News Culture Outdoors Community summer concert series

The MIGHTY Burnt Bacon horns in to Farnsworth Park Sat.