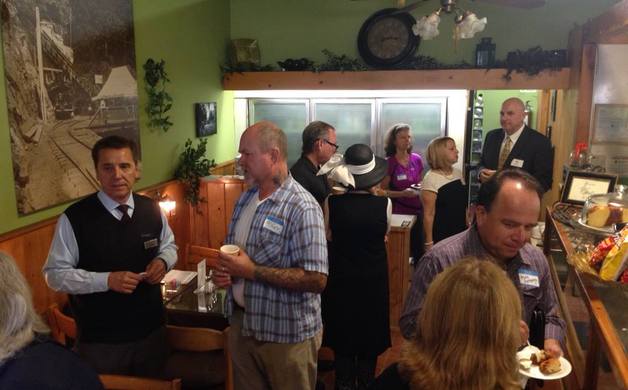 Altadena business owners were SRO at the first Altadena Chamber of Commerce power breakfast July 15, 2014 at the Park Bench Grill.

It was standing room only at the Altadena Chamber of Commerce’s first “power breakfast” on July 15, 2014, at the Park Bench Grill.

Chamber president Meredith Miller said that six new members signed up during the event, with at least two more promising to send checks during the week.  The next Chamber event will be a sidewalk sale in August.